Some historical ponds of Kirtipur are getting new lives 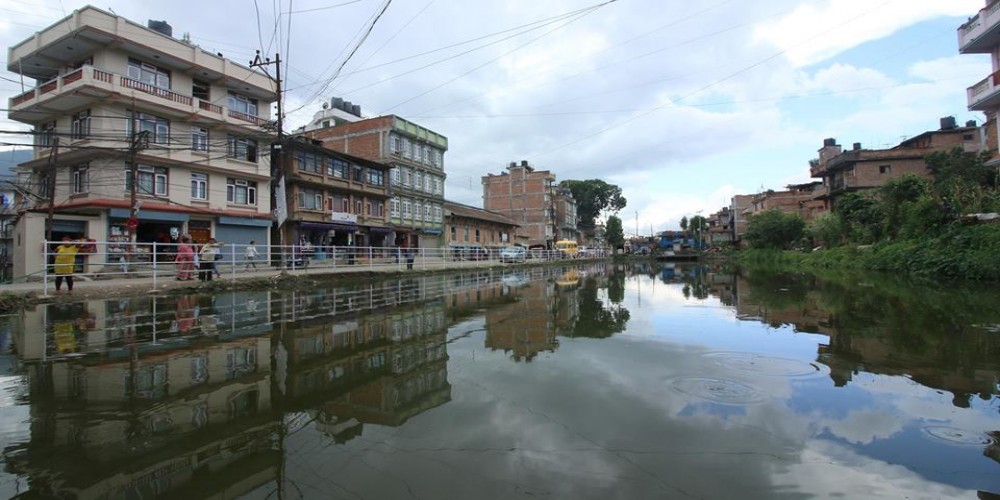 Kirtipur Municipality has taken an initiation to renovate almost dried up ponds of Kirtipur. The ponds, which used to be some the historic identities of the small suburb, had dried up since long due to the lack of proper maintenance.

Shiva Dev III had established Kirtipur as a sub-city (Shakha Nagar) during the 10th Century. While developing the city, he built all the basic infrastructures (walls, forts, temples, etc.) according to the “standard” of that time.

Amid the development of infrastructures, Shiva Dev III built a dam in a river nearby Chandragiri hill and diverted water towards Kirtipur using a canal. To store the water collected from the canal, many ponds were constructed. The ponds were connected to each other through other small canals. The agricultural lands towards the Western (now Salyansthan area) and North-Western part of Kirtpur (now Tribhuvan University and Tyanglaphat area) were also irrigated using the same canal system.

In 1809, Bhimsen Thapa renovated all ponds and recruited staffs to clean the canal system. According to senior citizens of Kirtipur, the canal was fully functional till 1966 and it used to be the chief source of recharge for more than 10 ponds in Kirtipur.

The canal, once a lifeline of agrarian community (Dhapa:) was turned into motorable road and the ponds  started to dry up. Many ponds were buried beyond renovation. A Health Post was built on top of one while a College was built on another. Some were encroached. (See Kirti Study and Research Mandal (2016) for list of all existing and exterminated ponds)

Now, after the local representatives took to the office of the local level after the successful local level elections recently, Kirtipur Municipality has initiated to renovate ponds at Sagal and Khaashi Bazar since last week. The temporary shelters built over the ponds were removed. Excavators were used to dig out mud and solid waste. The ongoing renovation campaign will still run for sometime after the digging-out is done.

Maintaining water level in ponds, however, will be as always, a great challenge without proper source of input water. The canals Shiva Dev III had built has long vanished. And the increasing concrete settlement on the hill just over the ponds has largely reduced the area of open space for the water to be absorbed through. While there are other large ponds still alive and thriving in other parts of the capital, reviving the long-lost ponds against all odds is definitely a challenge worth a fight.